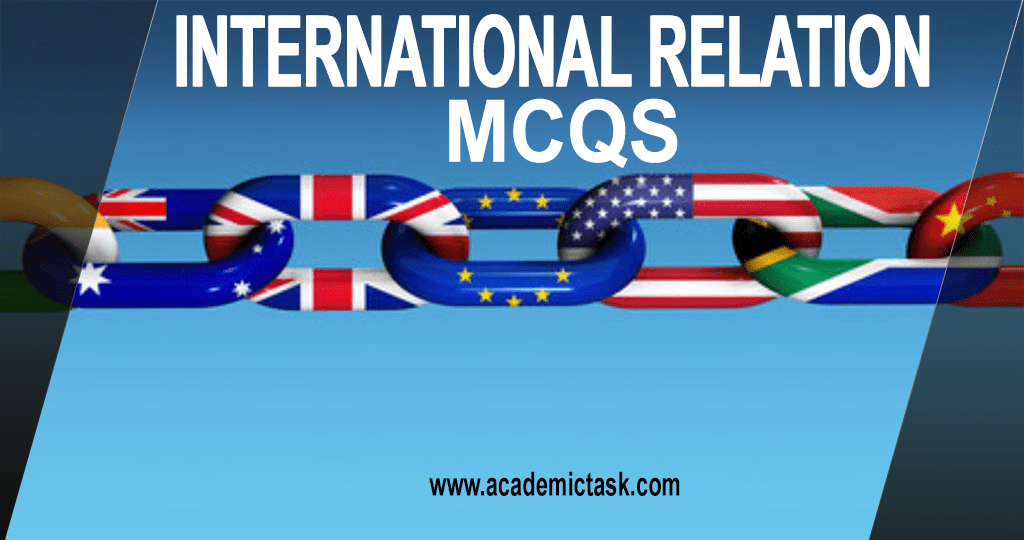 02. Middle East is a ‘patch work of states’. These words belong to:
A. Kenneth Waltz
B. Hans Morgenthau
C. Henry Kissinger

03. Economic Dominance is considered as:
A. A tool of Power in IR
B. An unwanted thing
C. None of These

05. UN can be explained as:
(A) Union of World States
(B) Union of American States
(C) A body of Unnecessary Alliance

08. Nixon has served as:
A. US Secretary of the State
B. US President
C. US Diplomat