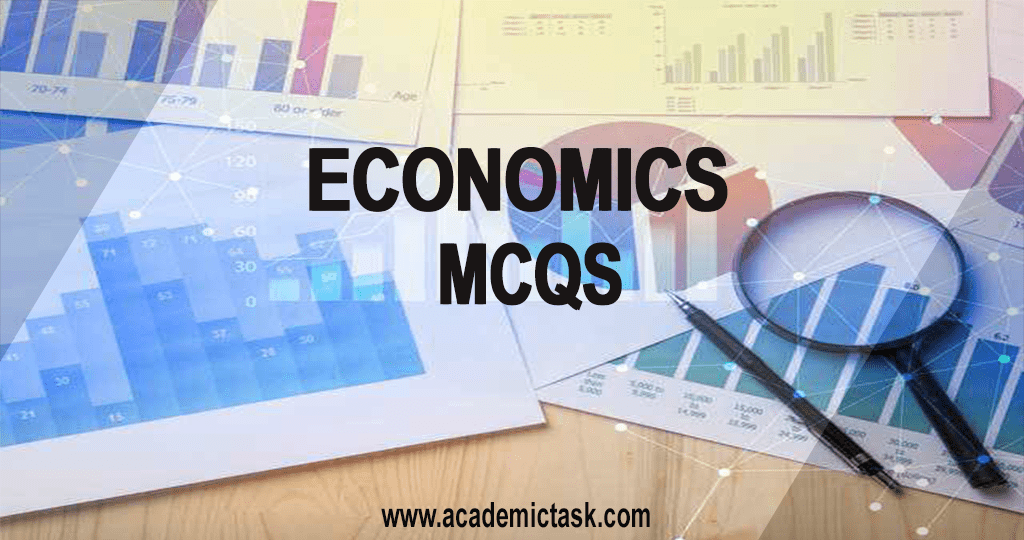 Economics is a study of the usage of resources and how valuable we can make those resources under distinct captivity. It involves an intense study of the production, distribution & consumption of goods and services. Given below are important Economics MCQs with answers, that will be beneficial for competitive examinations and tests (PPSC Test, FPSC Test, SPSC Test, KPPSC Test, BPSC Test, Etea Test) as well. MCQs on Economics covers the topic like Basic Economic MCQs, Indirect Tax and Economic Welfare, Analysis of Interest Rate Changes, Carbon Trading, Changing Market Price  – and much more. Also, check Auditing MCQs with answers here.

1.For economists, the word “utility” means:

A. versatility and flexibility
B. rationality
C. pleasure and satisfaction
D. purposefulness

2. In economics, the pleasure, happiness, or satisfaction received from a product is called ______?

3. When economists say that people act rationally in their self interest, they mean that individuals _______?

A. Look for and pursue opportunities to increase their utility
B. generally disregard the interests of others
C. are mainly creatures of habit
D. are unpredictable

4. According to Emerson: “Want is a growing giant whom the coat of Have was never large enough to cover.” According to economists, “Want” exceeds “Have” because:

A. people are greedy
B. productive resources are limited
C. human beings are inherently insecure
D. people are irrational

5. According to economists, economic self-interest:

A. is a reality that underlies economic behavior
B. has the same meaning as selfishness
C. is more characteristic of men than of women
D. is usually self-defeating

6. When entering a building, Asim diverts his path to go through an open door rather than make the physical effort to open the closed door that is directly in his path. This is an example of:

8. Resources in an economy ?

A. Are always found
B. Can never decease
C. Always increase over time
D. Are limited at any moment in time

9. One percentage decrease in unemployment is associated with two percentage points of additional growth in real gdp is called?

A. Okun’s Law
B. classical theory
C. Consumer price index
D. none of the above

10. Who is called the father of Economics?