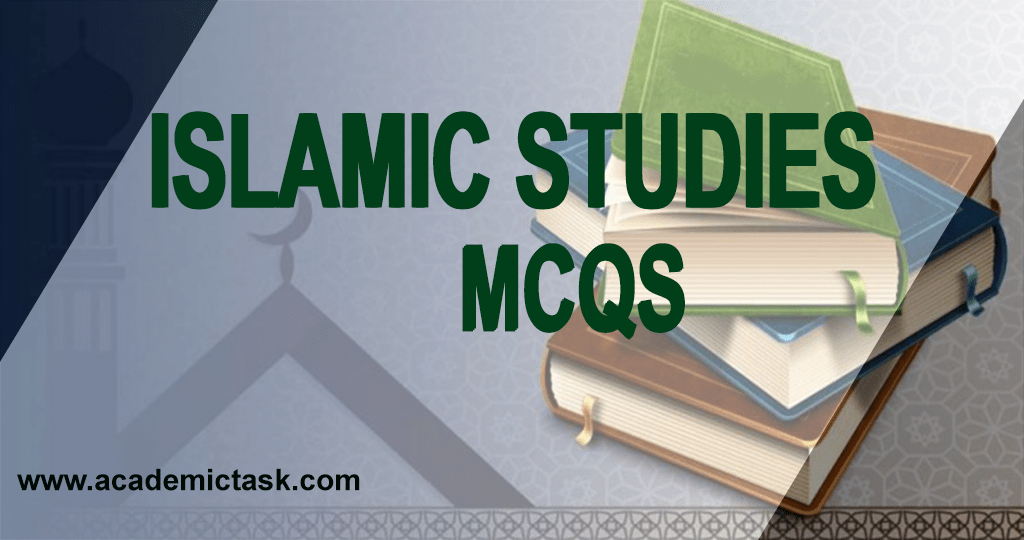 Academic Task provides Islamic StudiesMCQs from Basic to Advance, so that you can prepare accordingly. Here we cover an important topic related to Islamiat MCQs for the Preparation of Competitive exam and test (PPSC Test, FPSC Test, SPSC Test, KPPSC Test, BPSC Test, Etea Test). Here you will find solved MCQs of Islamic Studies with detailed explanations. MCQs of Islamiat include Basic Islamiat MCQs, Islamic History Mcqs, the life of Prophet Muhammad (PBUH) and his companions (R.A), Mcqs related to Quran and Sunnah.

1. What companion of Prophet (PBUH) was awarded with the title of “The sword of Allah”?

2. What companion of Prophet (PBUH) was awarded with the title of “The lion of Allah”?

9. To what Prophet the Zabur was revealed by Allah?

10. To what Prophet the Injeel was revealed by Allah?